(This is the first of a series of three articles. The second is about orthography and the third has four interesting titbits concerning spelling, pronunciation and Portuguese influence on the language.)

Note: I would like to briefly let you know who it is that I hope reads this article. That is, writers, speakers and individuals who are interested in languages in general, the Tetum language, and the country of East Timor. Although I do hope some readers will be academics, I will avoid jargon for the sake of others, including myself, who are less familiar, or totally unfamiliar, with technical terms to do with linguistics and orthography.

When I sit down to write an article or a speech, one of the first things I ask myself is, ‘Who is my audience?’ This is always important, but it is vital for a writer or public speaker who wishes to address his or her audience in the Tetum[1] language. Why is the question of audience vital in the context of Tetum?

Because like most, if not all, languages, Tetum has different levels of usage; however, in Tetum these levels are more pronounced (pardon the pun) than in most languages. This means that the vocabulary the writer or speaker uses will determine who can and who cannot understand him or her, and the ease in which the listener or reader can understand. Let us illustrate this in an English context using an example from the section “About this Dictionary” in the “Concise English-Tetum Dictionary” by Dr Geoffrey Hull. (p. viii) If we said, “A crocodile is a carnivorous reptile”, almost every adult native speaker in the English-speaking world would understand this technical statement. However, we could also say, “A crocodile is like a giant lizard that eats meat.” This conveys the same thought or idea, but the level of usage is more appropriate for small children. 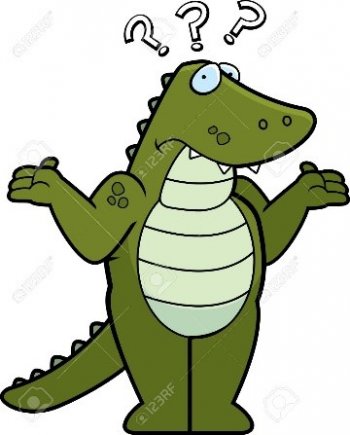 Below are translations of this sentence with an English transliteration underneath.

Crocodile this reptile one that (is a) carnivore.

The first translation would only be easily understood by Tetum-speaking people who have been educated in Portuguese, and possibly those with secondary education in Indonesian. Since reptil is also reptil and karnívoru is karnivor in Indonesian, it would be easy for such a person to quickly work out the meaning. This sentence would also eventually be understandable to a Tetum speaker with access to a Tetum dictionary and so may be appropriate in a text for secondary or tertiary students.

The second translation would only be easily understood by Tetum-speaking people who also speak the dialect Tetum-Terik (or another indigenous language that use the words makdolar and mahán). It may also be understood by Tetum speakers if they understood the prefix mak/ma. Since dolar (crawl), han (eat), and na’an (meat) are common words, they would likely be able to work out that makdolar means crawler and mahán-na’an means meat-eater. Hence, this sentence may be appropriate in a text if the objective included expanding the vocabulary of the reader, such as for the students mentioned above.

The third translation would be easily understood by almost all Tetum speakers in both a speech and a text; and unlike the alternate wording in the English example, the tone is not condescending.

The importance of the level of usage can also be illustrated by the Introduction in a Tetum-English Word Finder written by a member/s of the Peace Corp in July 2004 for a local medical clinic. (Available at http://www.tetundit.tl/) The writer(s) created nine “main classifications” for the level of usage. These are, terms:

· understood by people with high levels of formal education;

· used in official documents, but very few people know them even if they work in the medical field;

· which are Indonesian loans widely accepted in Tetum;

· which are disputed, that is some people insist an expression or interpretation is correct, whereas others dispute it.

The writer(s) of this glossary obviously understood the need for Tetum speakers in the medical field to know their audience and to use the correct level of usage for the individuals they address.

A last example, from this same glossary, is the Tetum term for the medical condition, measles. The glossary suggests two terms from Tetum-Terik (au-funan or au-melan) or an Indonesian loan word (sarampu). If a patient did not understand any of these words, the medical professional would have to describe the illness to the patient, and then choose one term (or, who knows, maybe two or all three terms) to use as the consultation continued. It would be more complicated if the professional had to write a referral to another medical professional that she did not know!

Clear, natural and enjoyable communication in any language involves choosing the appropriate level of usage so the other party understands our tone, our intent and our meaning. That’s why before putting pen to paper (or fingers to keyboard), like me, you likely begin by asking yourself, “Who is my audience?”

[1] Tetum refers to Tetum-Praça/Tetum Dili, Timor Leste’s lingua franca and the mother tongue of a growing number of East Timorese.

Make the best impression with clear, correct, polished English or translating and interpreting from an accredited professional. Contact Laurence Stevens for a quote or for more information.